In approximately 1900–1901 the Globe Theatre, fully fitted and paid for from the Sergeants' Mess canteen funds, was built at the back of North Barracks. It was capable of holding an audience of up to 400 people and was used extensively for dramatic and operatic events, film shows and concerts.

These included travelling productions from the London circuit as well as local amateur productions until its demolition in 2000, just prior to being considered for listing by The Theatres Trust.

In 1949 the annual pantomime, which was held in the Globe Theatre, almost from when it was first built, was resurrected by Captain Wilberforce and local dentist Dennis Chinnery.

The shows raised much needed funds for local charities and the Annual Children’s Christmas Party in the Sergeants' Mess. It became an annual event which was ably continued by Stan Glasspole for many years.

The Royal Marines Pantomime achieved immense popularity with highlights such as the Corps de Ballet, based on the Dance of the Little Swans from the ballet Swan Lake. This was performed by a line of burly Royal Marines in tutus, tattoos and hobnail boots. These pantomimes were extended to a run of three weeks before the last performance in 1995 shortly before the closure of the Barracks.

In 2011, former Royal Marine Musician and Deal resident Brian Short decided that the show should be resurrected. Having written The Wizard who’s Odd, Brian persuaded many former Royal Marines to take part. The locals, having missed the original shows, fully supported this first enterprise and the two week’s run in January 2013 sold out within hours.

This newly resurrected tradition has annually performed sell-out pantomimes at the Astor Community Theatre in the town centre raising in excess of £150,000 for the Royal Marines Charity and many local good causes. Recent pantomimes have included The Sound of Muesli, Pirates of the Curried Beans, Skinderella, Dad‘s Barmy and Wonky Willy! 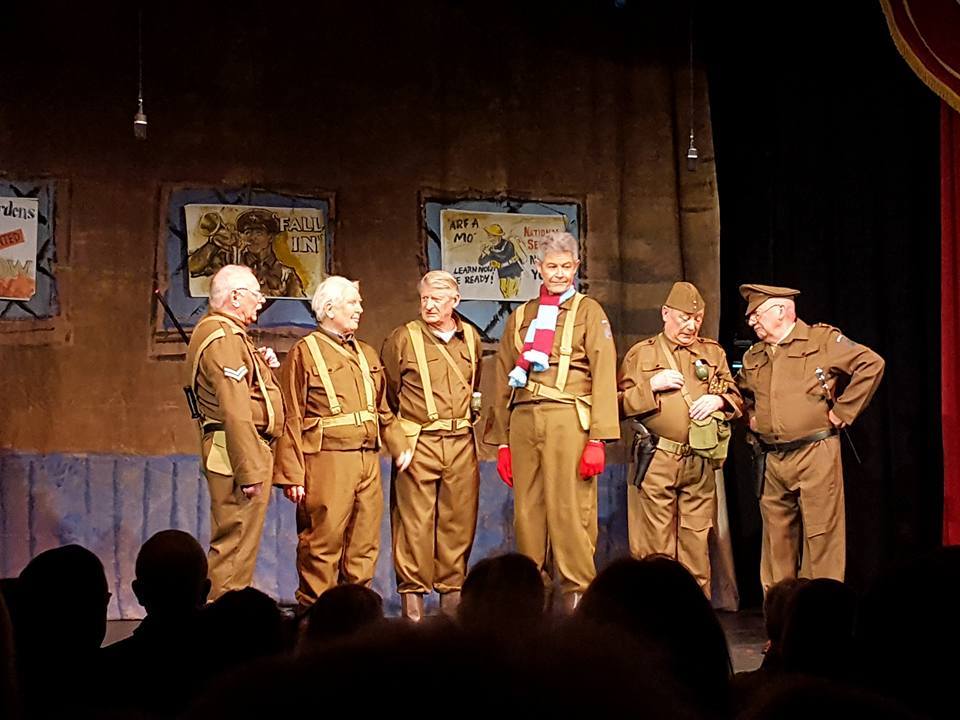 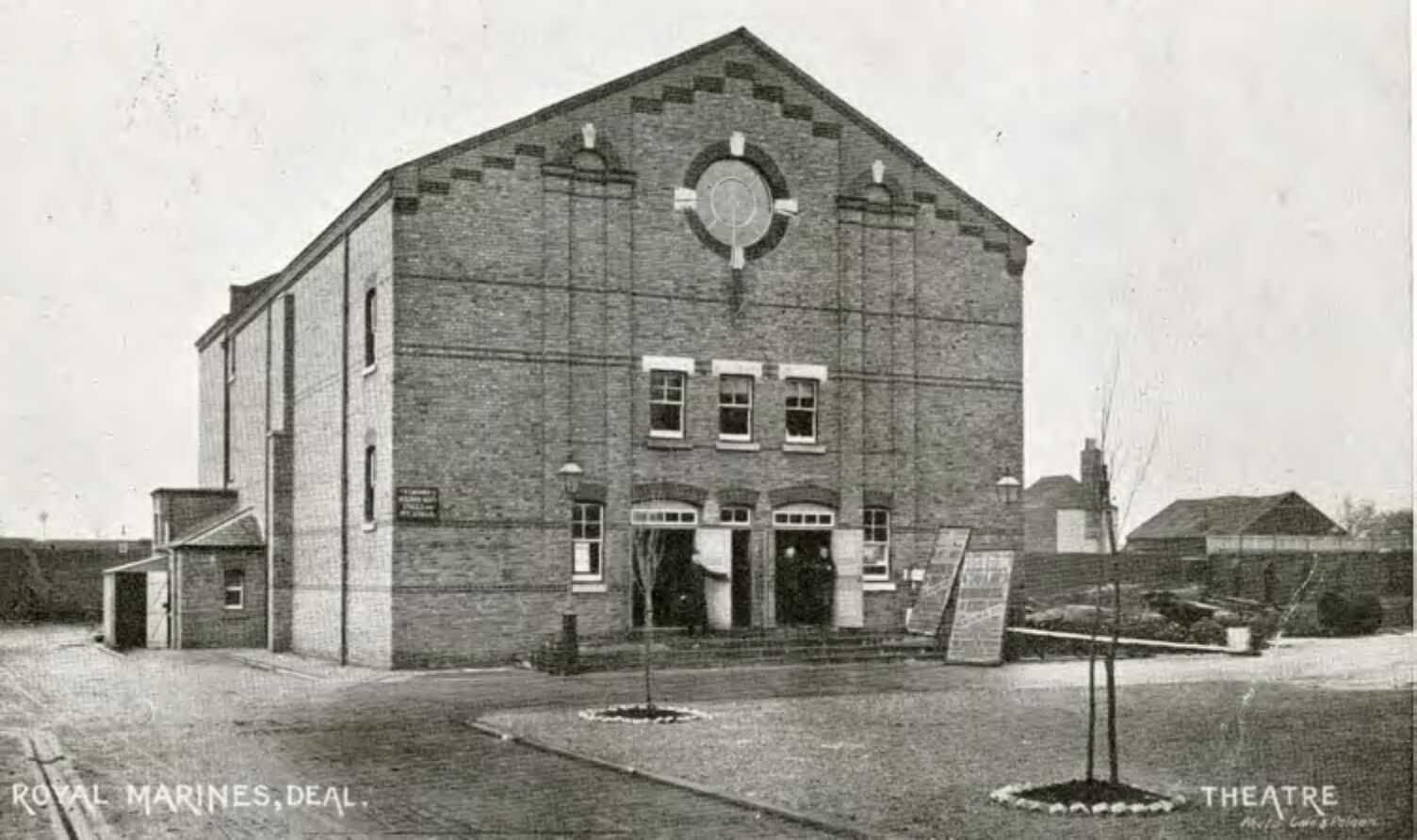 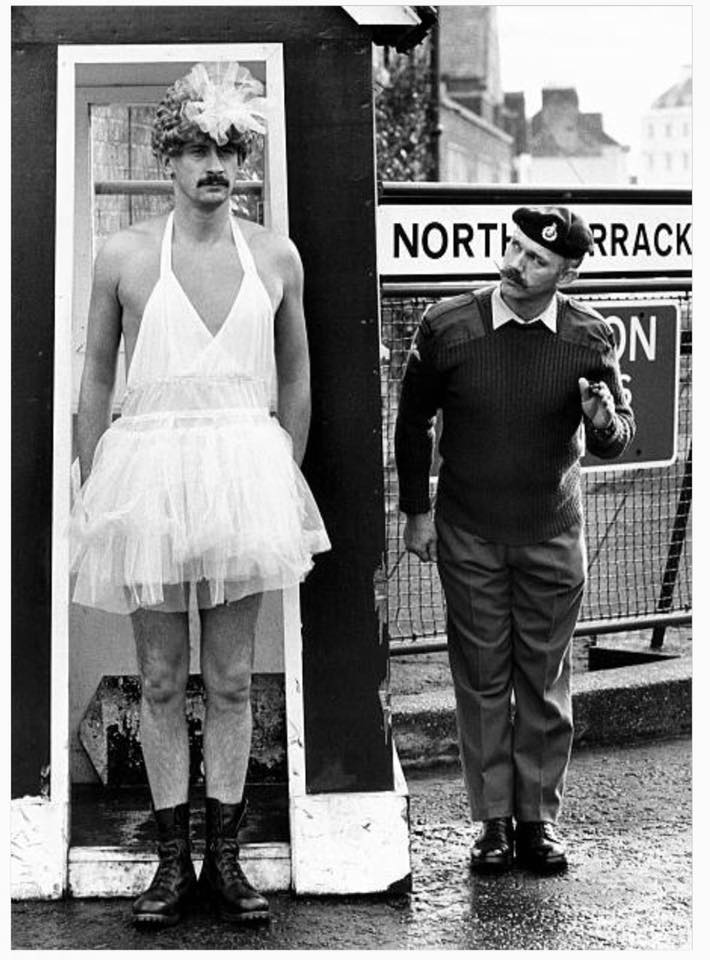 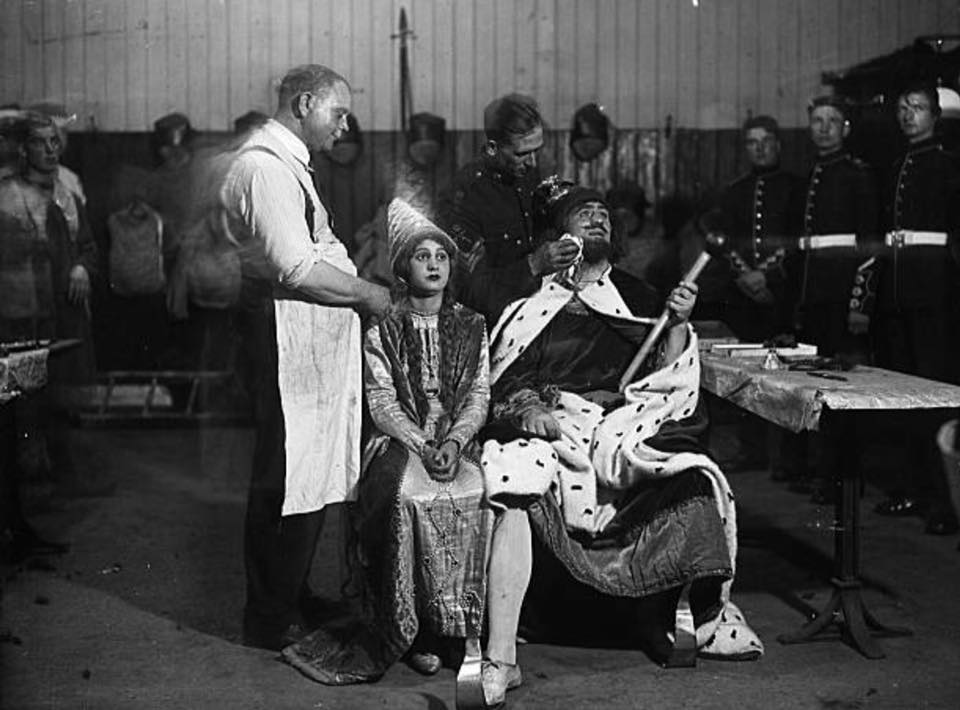 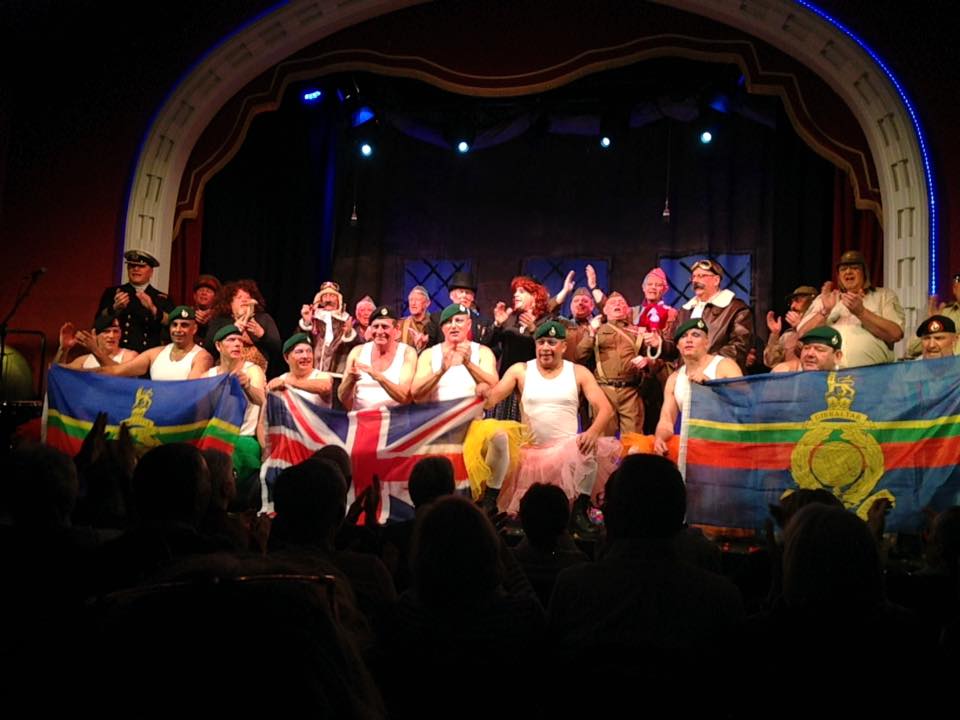 Trail Directions: Cross Canada Road, turn left and walk back towards the entrance to the Drill Field on your right and enter. Note on your right the Depot Church of St Michael and All Angels. 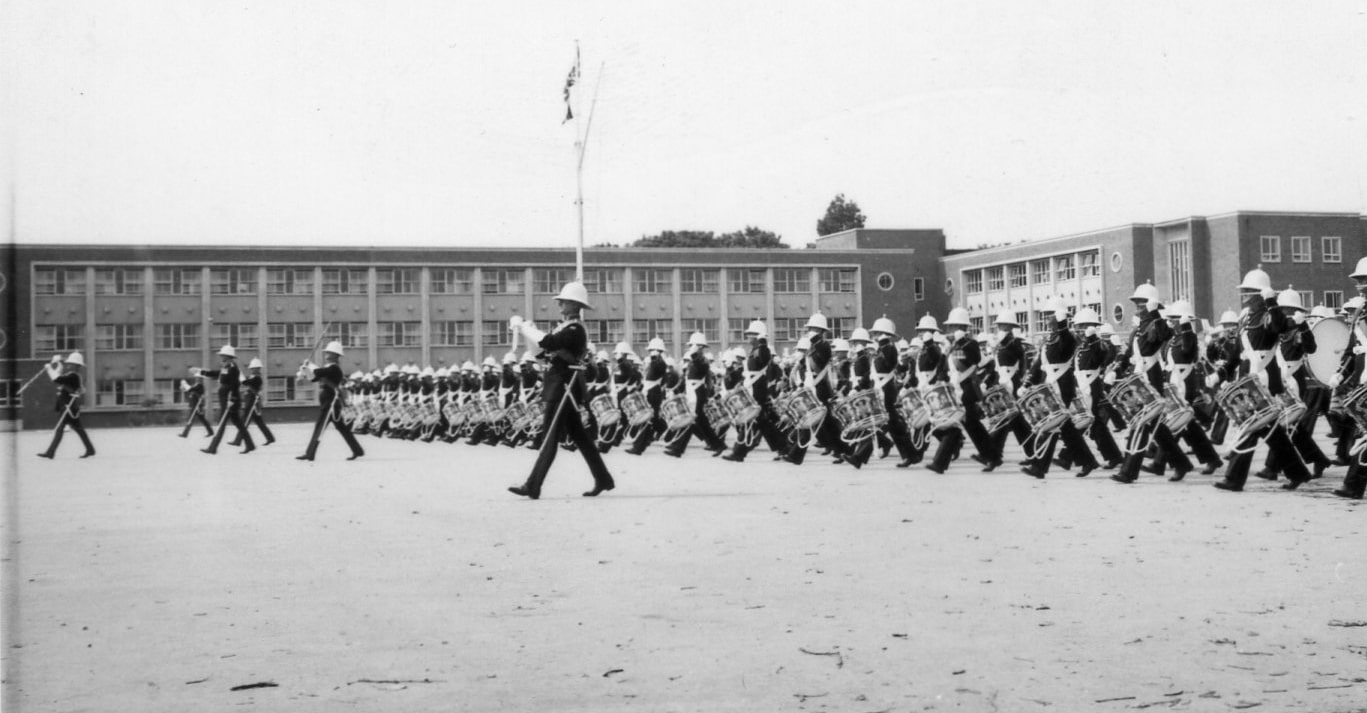 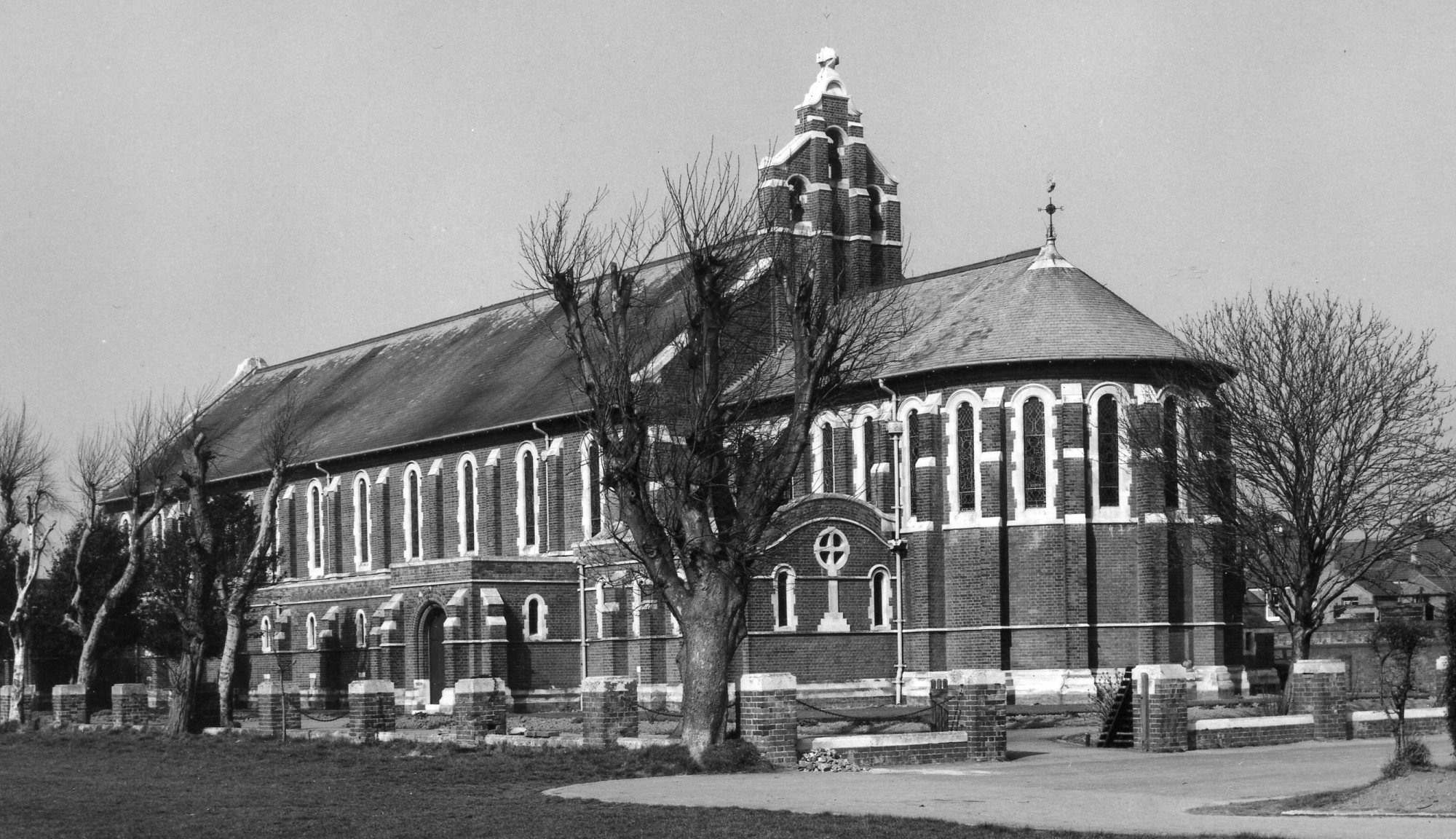 Next: Depot Church of St Michael and All Angels