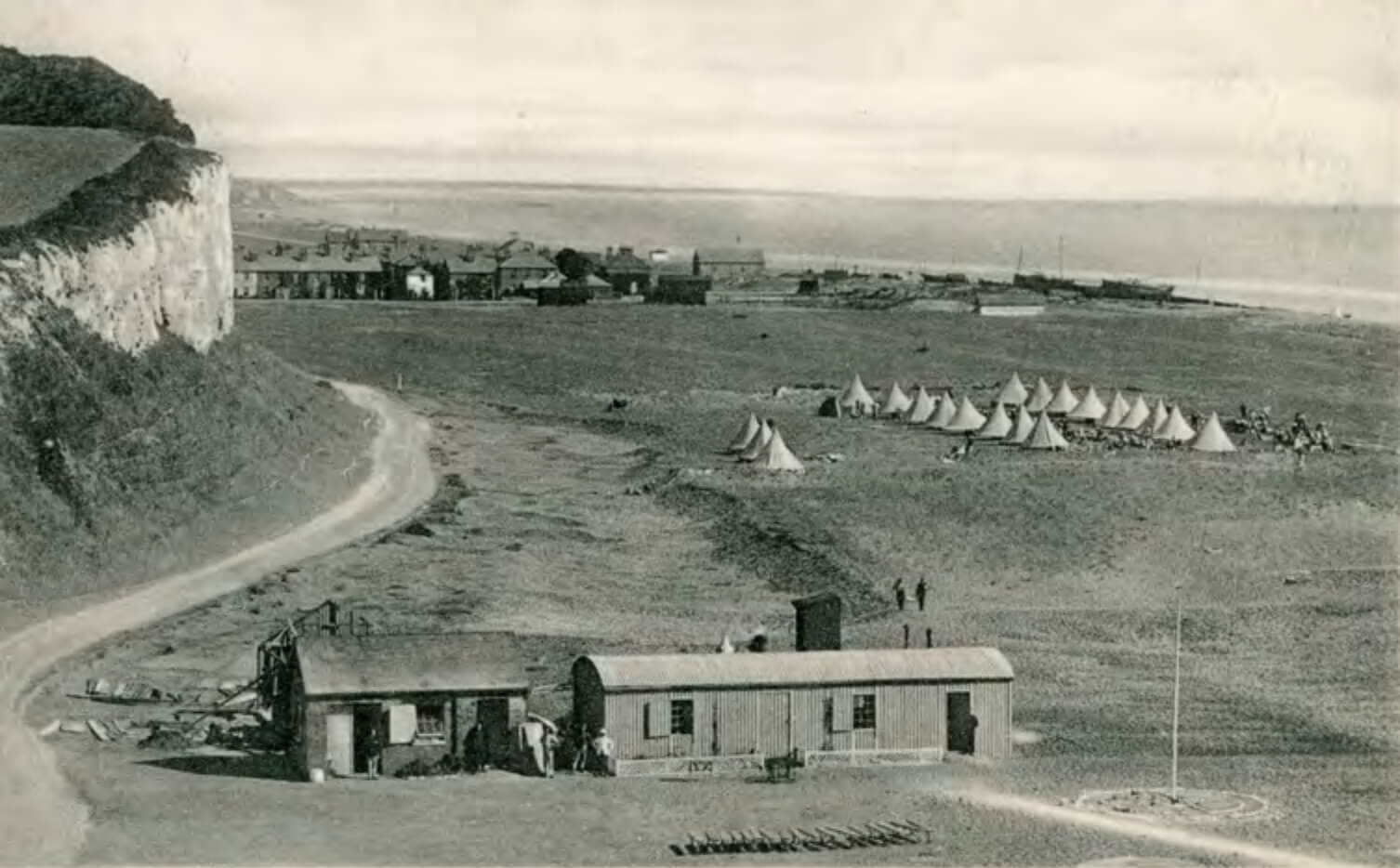 The first payment of rent in respect of the Rifle Range seems to have been made in 1856, and was apparently 1/- (one shilling or 5 new pence) per annum. No documentary proof of this however can be traced. In the year 1872, the Admiralty wished to erect a small store, latrine and stable and approached the owners, for permission to do so. On the 18th November of that year, an agreement was entered into with the Admiralty, in which it was stated that for some years past, the Admiralty had the use of ‘certain beach lands at Kingsdown’ at a yearly rent of 1 shilling for the purpose of a Rifle Range, but in addition the Admiralty now agreed to pay all rates and taxes.

On 31st December 1889, a further lease was granted to the Admiralty at a rent of £2 per annum for the first 14 years, and £5 per annum for a further 7 years. But in 1895, when the owner of the land on the top of the cliff fronting the range, began building operations inside the ‘danger zone’, all firing had to be suspended. By 1897 the range had been re-oriented with new butts and firing points, so that no land on the cliff top was in danger, and practices on the range recommenced.

In 1901, negotiations were opened by the Admiralty for the purchase of the freehold, as the owners had decided not to renew the lease except at a much higher rental. The result of these negotiations appears to have been abortive, and the land was sold in bulk to a building syndicate. This action on the part of the owners, had the result of causing the Admiralty to acquire the land from the syndicate by compulsory arbitration in 1903, and it has remained Admiralty property ever since.

The following extract is from an article written by Major C.H. Congdon RM in the 1930’s...

“Lately the inroads of the sea have been very considerable, necessitating three of the shorter range firing points being built out into the sea, while a strongly cemented sea wall has been provided to protect the outer flank of the butts. This erosion, particularly in the last few years, has also threatened the existence of the road running under the cliff, linking up the firing points and giving access to the butts. To preserve this road a sea wall is being built in continuation of the wall protecting the butts. The reason of this sudden erosion is doubtful. It may be due to the extension of the works in Dover Harbour, or to the groins that have recently been built into the sea at North Deal. But whatever the cause, there is no doubt that the natural configuration of the coastline at Kingsdown is undergoing a very rapid change, and the time seems to be fast approaching when recruits carrying out ‘field practices’ will have to proceed by boat between successive firing points.” 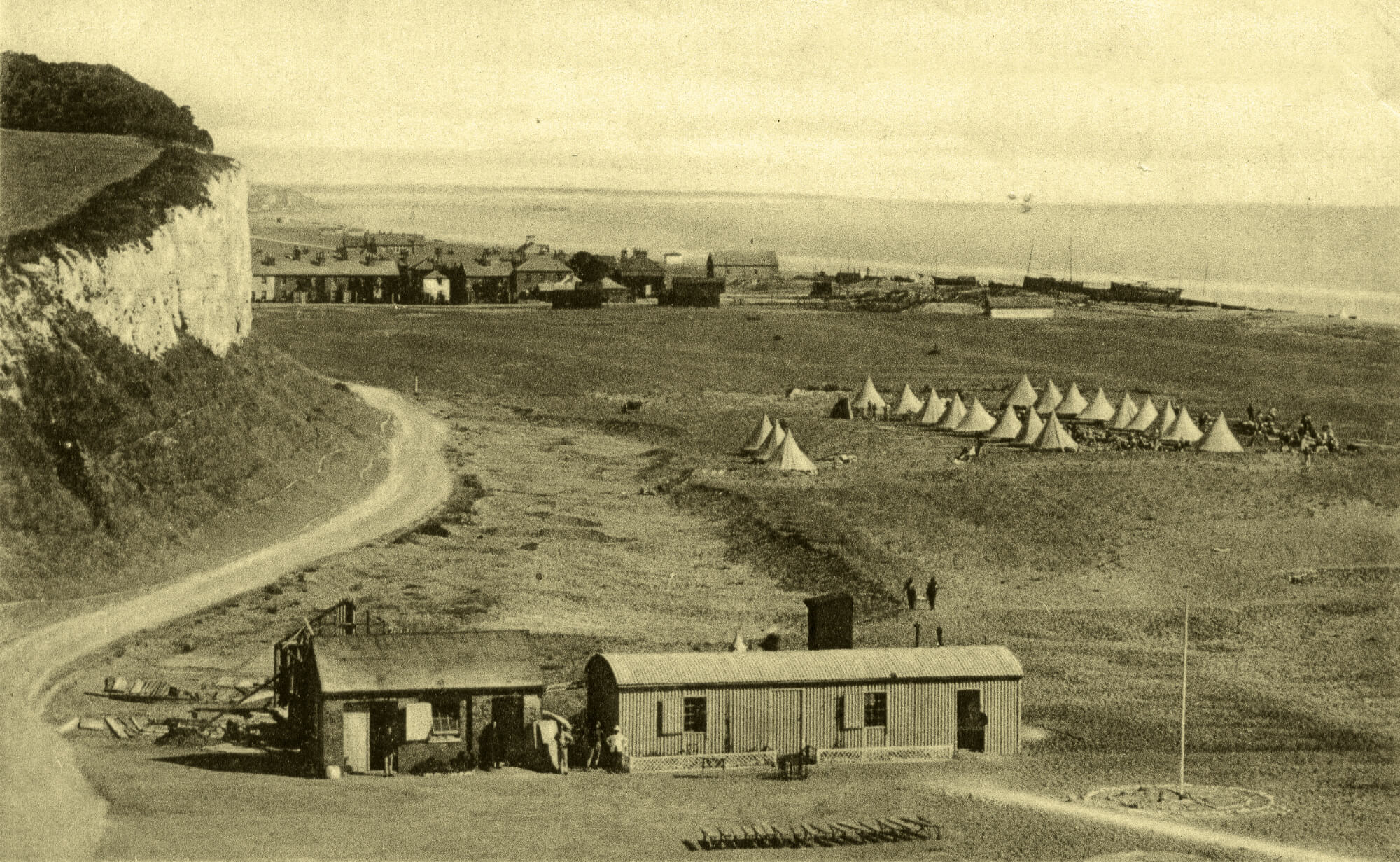 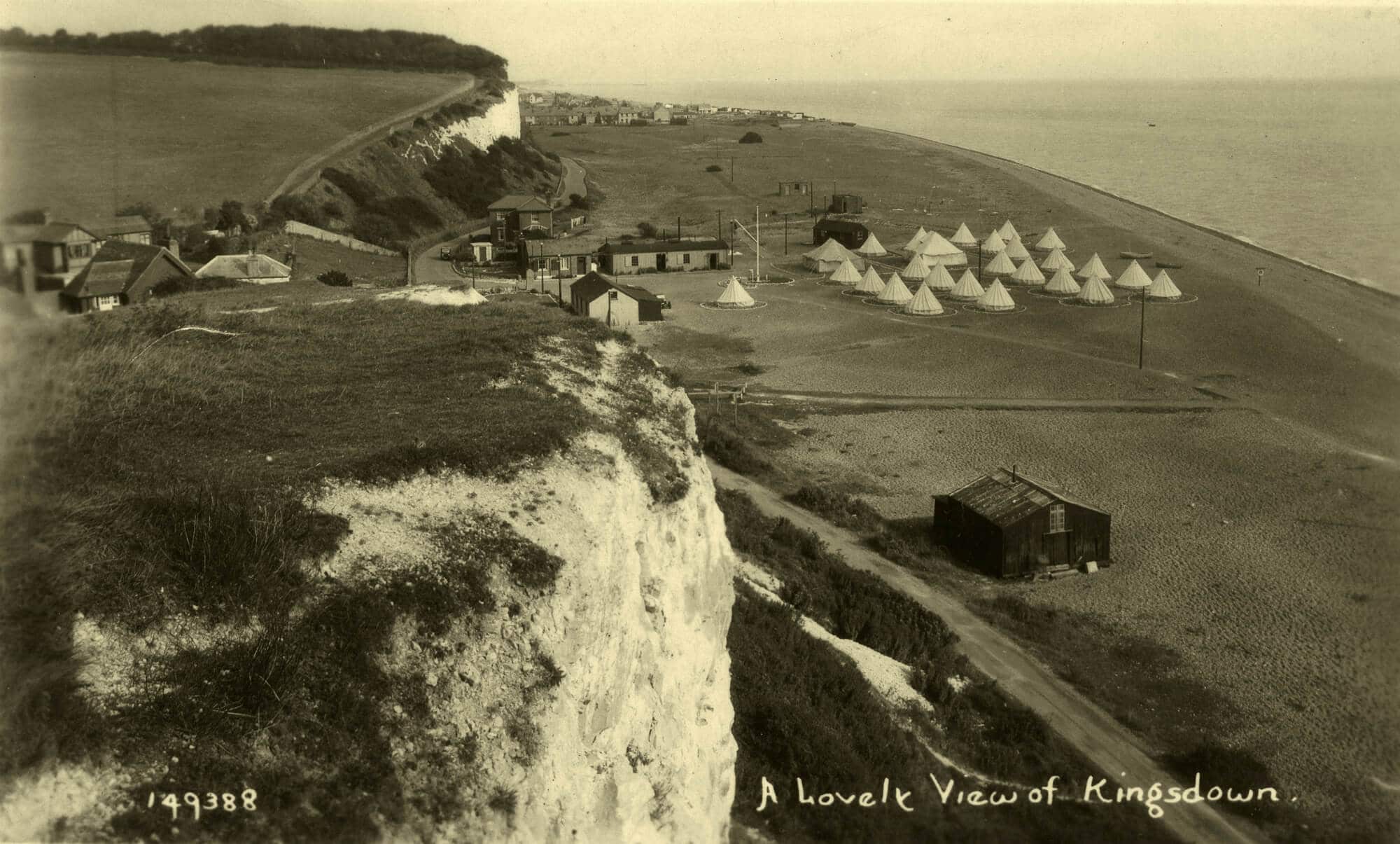 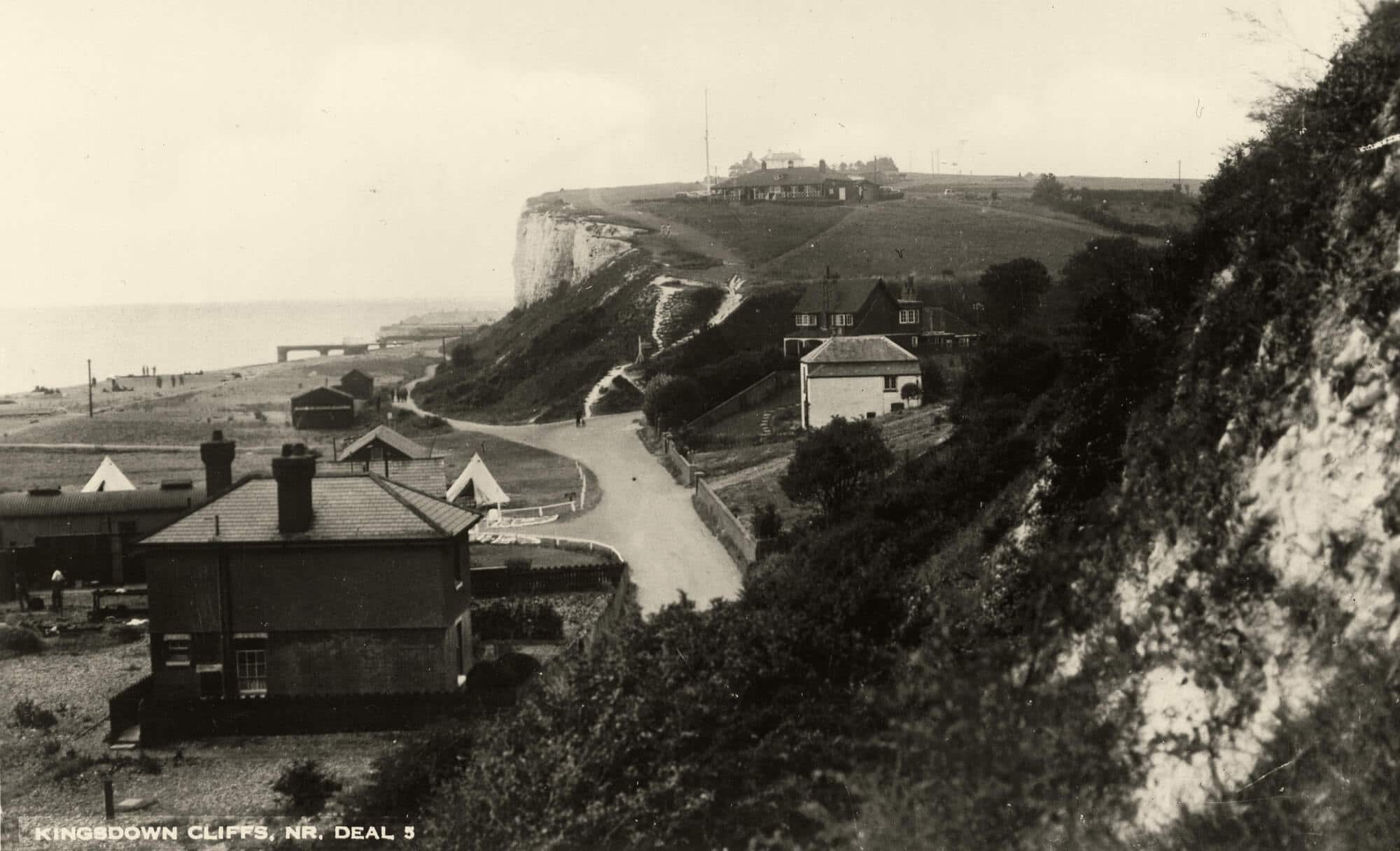 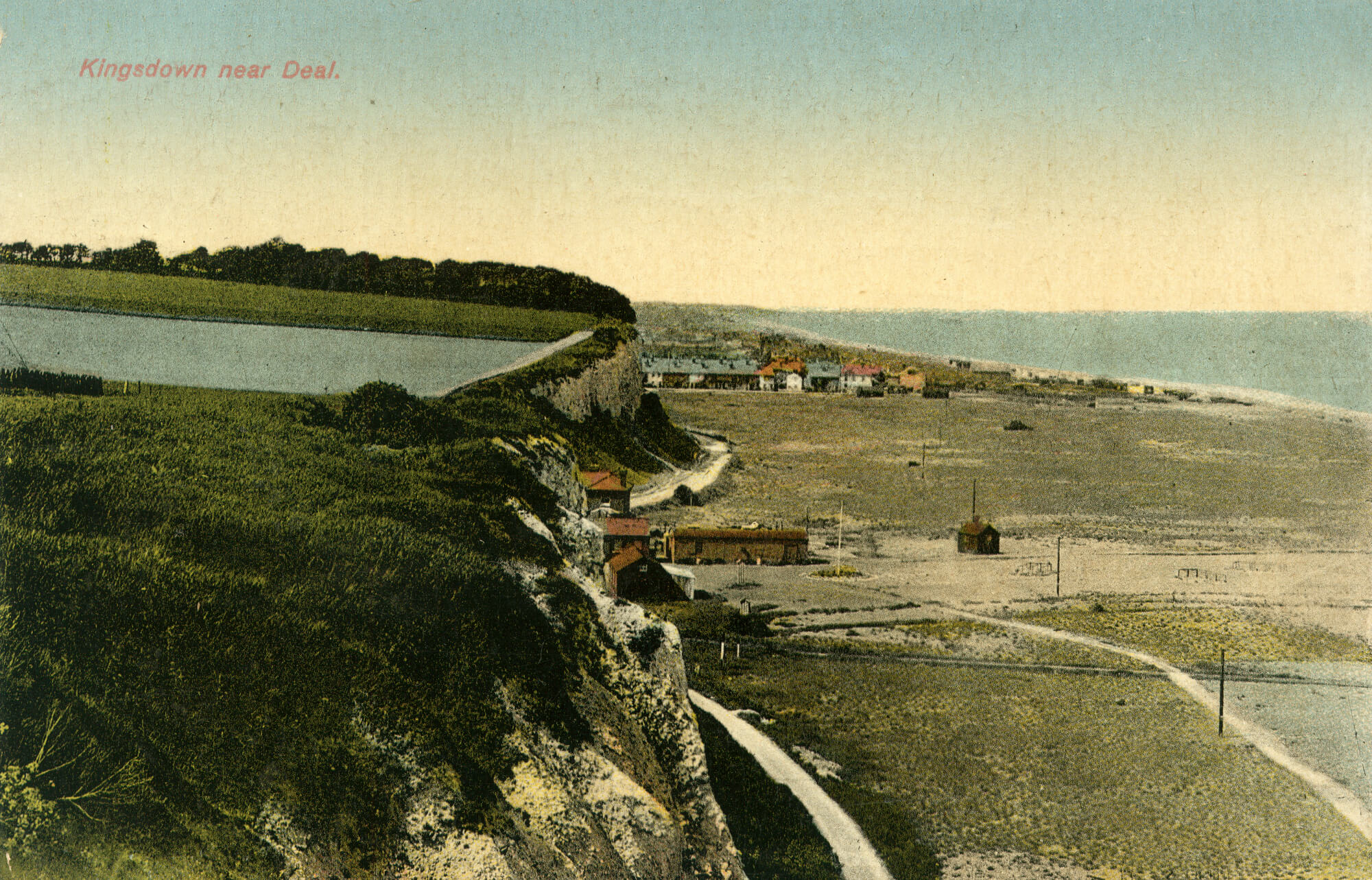 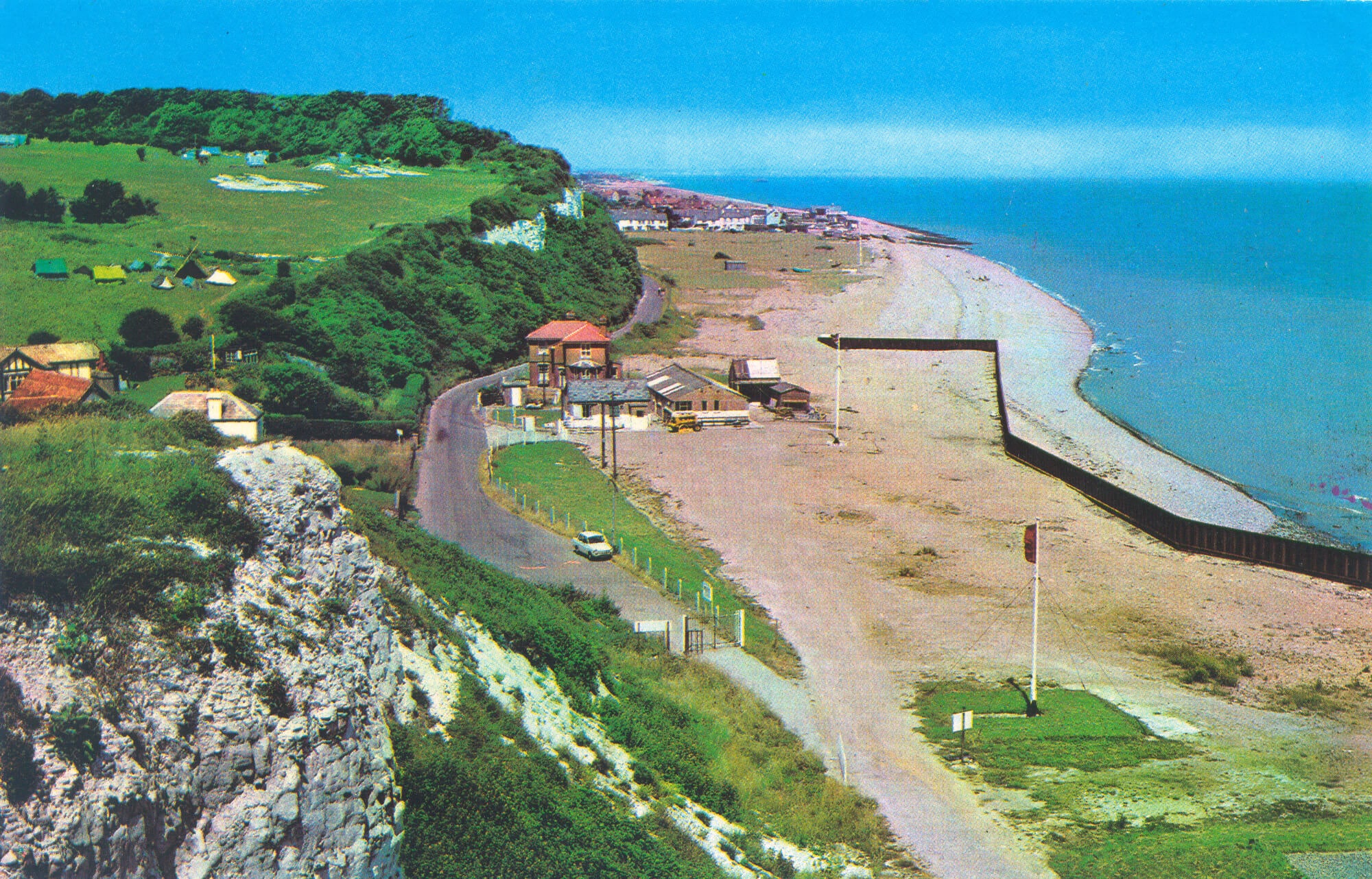