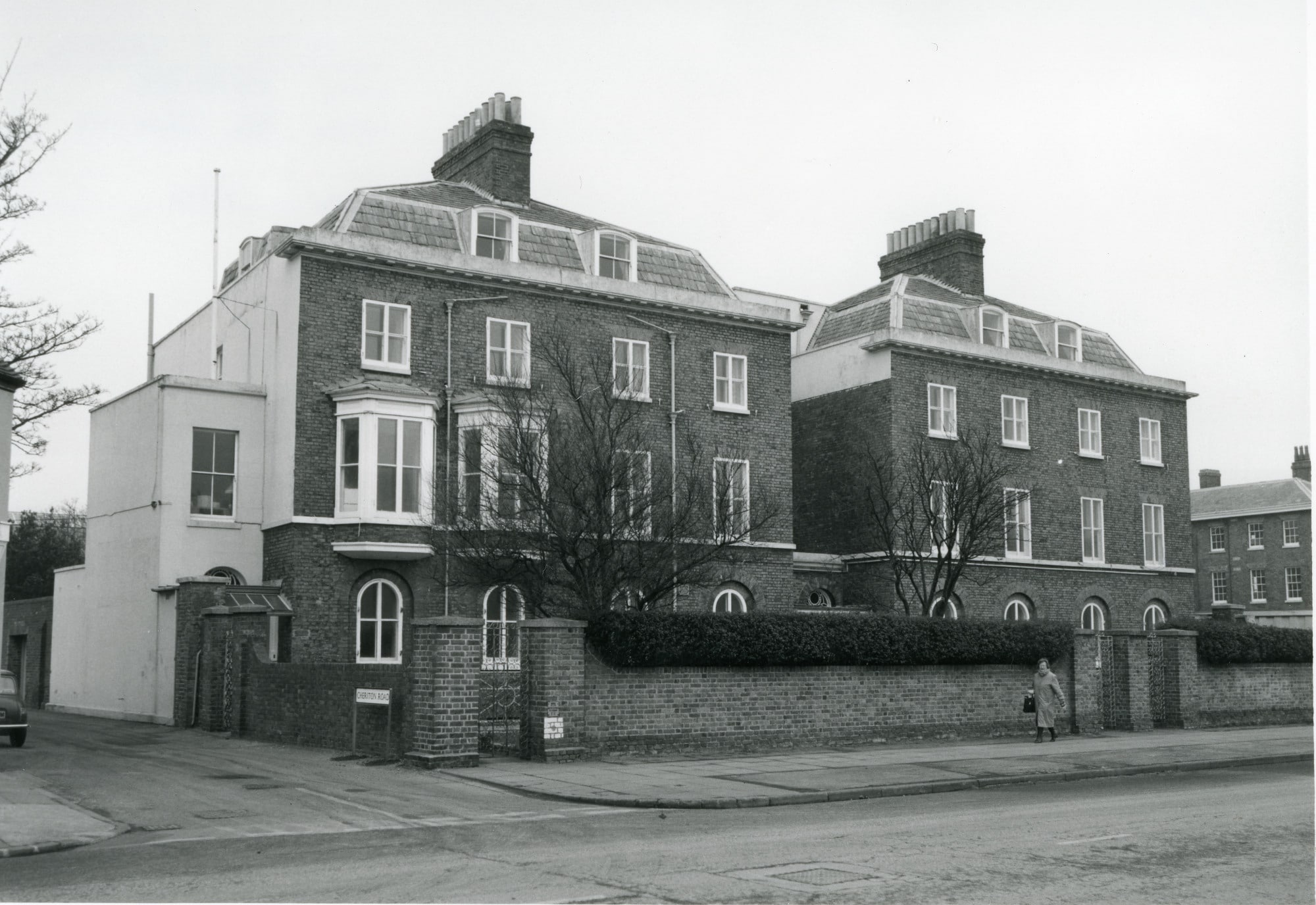 Looking directly down this drive, the building at the far end is the former Instrument Repair Workshop. The craftsmen working here could create some remarkable instruments but the majority of their time was spent on repairs.

One of the most remarkable repairs from this workshop was a completely rebuilt violin that had been smashed into numerous small pieces. These were found under a seriously injured musician who lay crushed beneath a section of the roof of the recreation room destroyed by a Provisional IRA bomb in 1989. The pieces were carefully recovered from the rubble and taken to the Repair Workshop.

Following an initial period in Deal Hospital and months in recuperation, Band Colour Sergeant Jay O’Neill was surprised and delighted to be presented with his violin, fully repaired and restrung although obviously weakened. The violin is now one of his most prized possessions.

To the left of the Instrument Repair Workshop is the Tailor’s Workshop where the uniforms of the Royal Marines were tailored, fitted and, when necessary, repaired. New recruits to the Royal Marines, who could at one time have been as young as 14 years of age, were measured and supplied with perfectly fitting uniforms.

On your left, you will see two large houses known as the Royal Buildings. The building furthest away was traditionally the home of the Depot Commandant. The nearest building comprised residences for the Second Commandant and the Surgeon Commander. In more recent years these two residences became the homes of a former Commandant General Royal Marines, Lieutenant General Sir Martin Garrod KCB, CMG, OBE and of Lieutenant Colonel Jim Mason OBE, MVO, RM, who held the unique position of Principal Director of Music Royal Marines, Commandant of the Royal Marines School of Music and Commanding Officer of the Royal Marines Deal. No other officer has ever held all three of these roles either separately or concurrently. 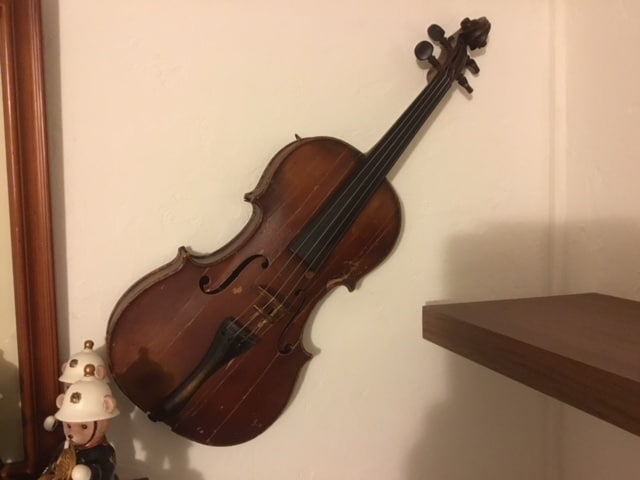 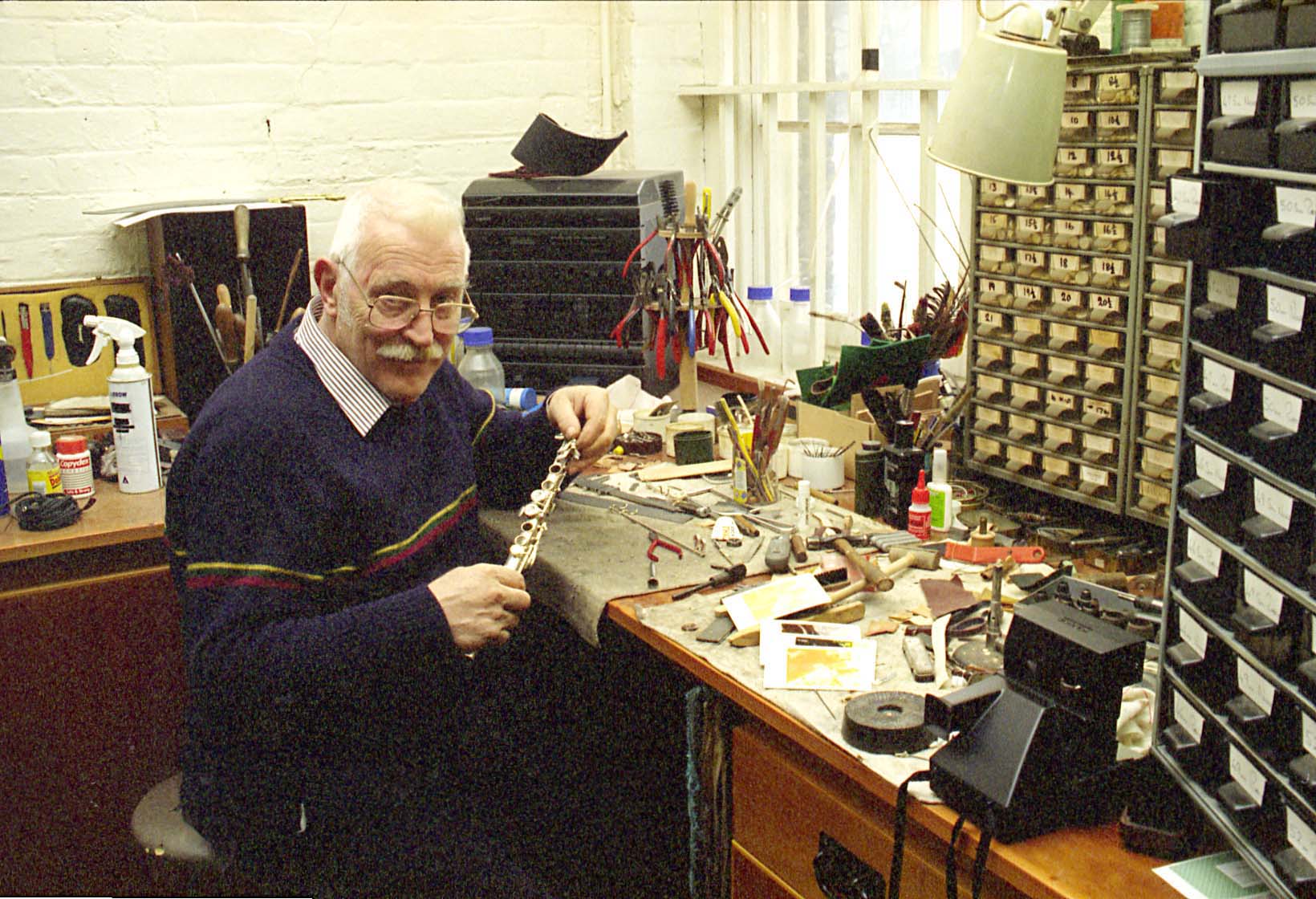 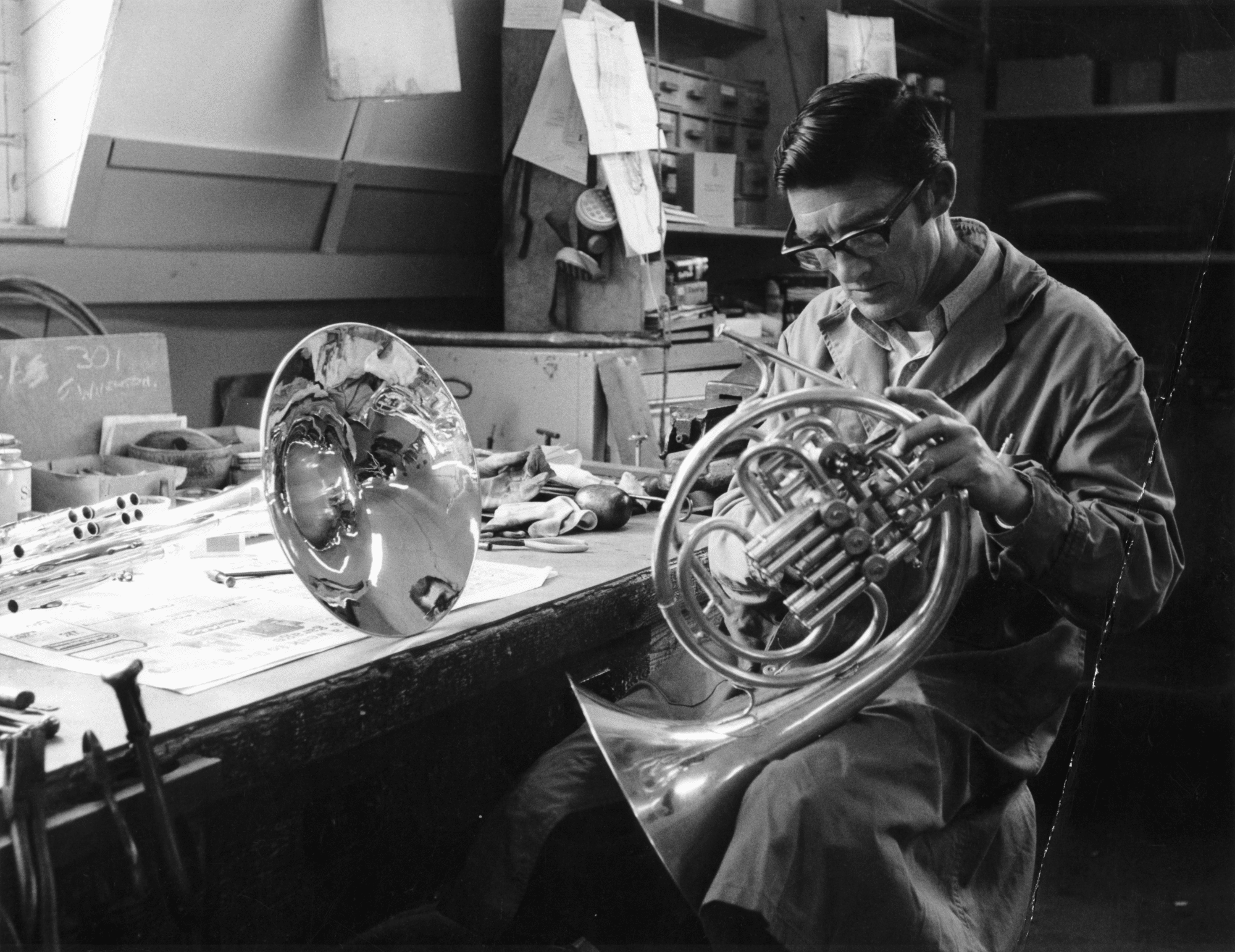 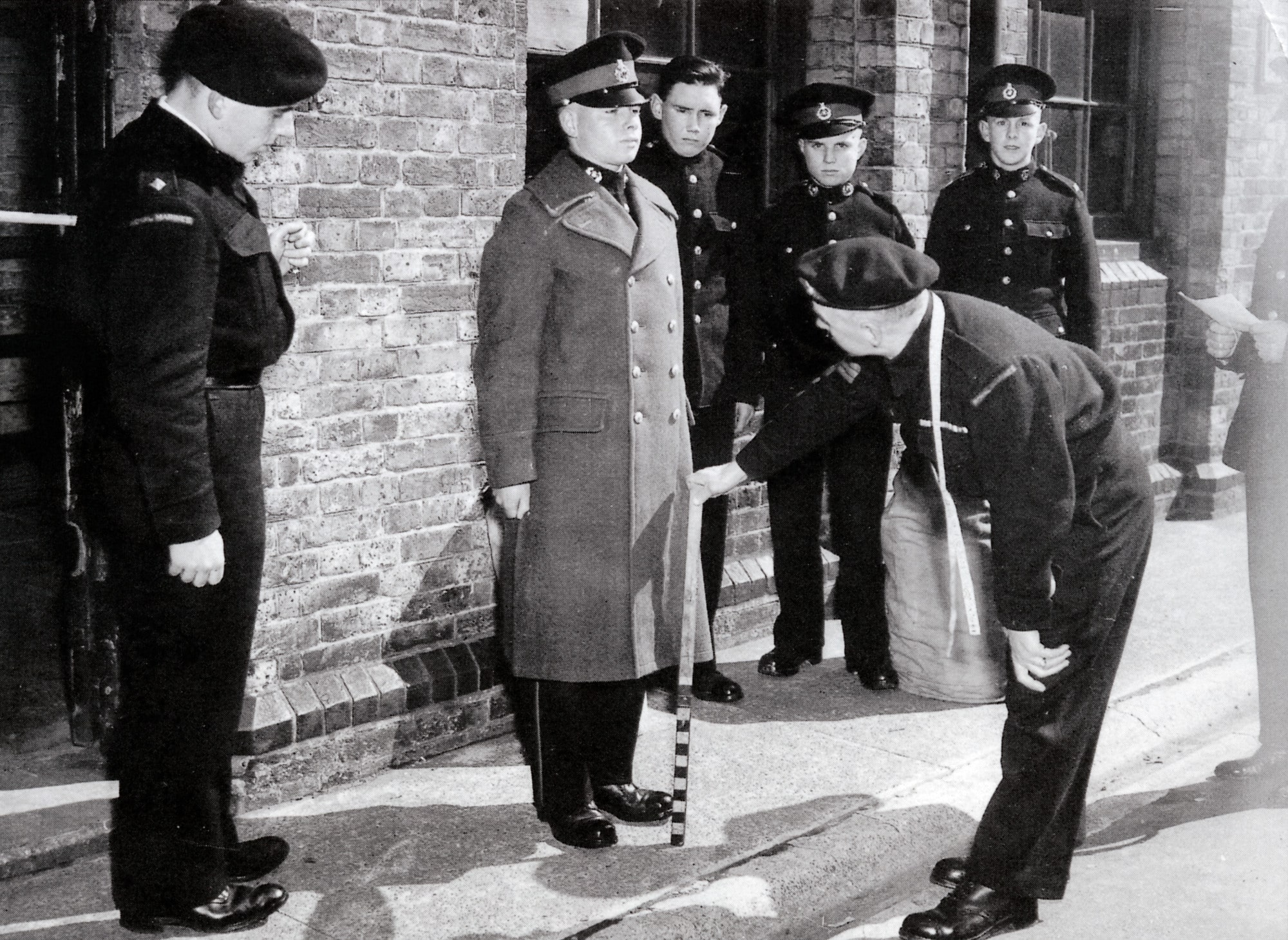 Plans for Royal Buildings date from 1813 and were prepared by the Naval surveyor-architect, Edward Holl. The ground, on which this four-unit range was erected, was purchased from the Leiths of Walmer in 1812 and served to extend the original Hospital site to the South. Room was thereby created for additional burials and for the much later SW range (with the southern section shown as a Racquet Court on a Map of 1872).

Originally (c.1814/5), the four units were intended to be used by the Governor, Agent, Surgeon and Physician of The Hospital, and this was also the pattern in other Naval Hospitals. However, in 1815, at the end of the 22 year-long war with France, the Hospital was put on a peace-footing and, thereafter, was only used intermittently. For example, the Hospital Muster Books and Pay lists only cover the periods: 1815-16, 1831-33, and 1854-57; and Census Returns reveal that there were only 7 persons listed in 1841 and none in 1861 (presumably just before the detachment of Royal Marines arrived to form the Depot).

And so what of the period of comparative peace from 1815 to 1856 and beyond? Initially, the country at large was inclined to the view that the Army was a nuisance and unnecessary expense and should be reduced in strength as far as possible, and it was.

But on the SE Coast, Deal was to live up to its reputation as a “Sad Smuggling Town”, and there were ongoing battles between the smugglers and the authorities in the form of the Coast Blockade (abolished, in part, as another cost-cutting measure in 1831) and then the Coast Guard.  Use was made of South Barracks for the Headquarters of the Coast Blockade Service, and its instigator, Captain J. W. McCulloch R.N. (1782- 1825), lived for a while with his family in East Barracks (possibly in Royal Buildings).  Another resident there at the time was the former Hospital Governor, Commander Purser Dowers, who was allowed to stay on at the Hospital until his passing in 1837.

The 1843 Tithe Award Schedule for Walmer makes interesting reading in the case of Royal Buildings (then under the ownership of the Honourable Board of Ordnance).  At that time, the Duke of Wellington was Lord Warden and had the use of Walmer Castle and its surroundings): Dr. Duncan McArthur (1773-1855), who had served as Physician to the Fleet and the Hospital, was in No.4 Royal Buildings; Capt. Westbrook, who had been actively involved in the Coastal Blockade, was in Nos.2 and 3; and a Miss S. B. Staniforth in No.1.

The Crimean War (1854-56) was to herald far-reaching changes.  Elvin in his “Records of Walmer” records that Royal Marines were first permanently quartered at Walmer in  part of the Hospital; the remaining space serving its original purpose for the reception of the sick and wounded, sent home from the fleet in the Baltic.

And so we arrive at 1861, with the establishment of the Royal Marines Depot in the Royal Naval Hospital, followed by acquisition of N and S Barracks from the Army in 1869.  At this time, all three barracks were in the hands of the Navy, with hospital provision in both North and East Barracks.  Not surprisingly, Royal Buildings was chosen as the centre for the senior officers, and this is confirmed by the Deal Depot Map surveyed in 1907.  This shows that the Col. Commandant occupied Nos.3 and 4, the Col. 2nd Commandant was in No.2, and the Surgeon Commander occupied No.1 Royal Buildings.

The story of Royal Buildings does not end there.  Despite all the changes, cuts and talks of possible closure during the period up to 1977, when the Depot ceased to exist, Royal Buildings survived.  The Royal Marines School of Music were then able “to hold the Fort” until 1996, but sell-off and demolition of property, notably Infirmary Barracks, began in 1988.  In addition, in 1990, Nos.1 and 2 Royal Buildings were placed in new hands, and in the case of No.2, those of the familiar figures of Sir Martin and Lady Gillian (Jill) Garrod.

Sir Martin (1935-2009) was RM Commandant General from 1987 until his retirement in 1990, and Lady (Jill) Garrod (1942-2015) was brought up in Walmer.  She and her husband lived for a while in Wellington Parade, following their marriage in 1963, which took place in the Church of St. Michael and All Angels, as did that of her father.  Jill’s father was Lt. Colonel Robert (Bobbie) Parks-Smith RM (1909-42), whose wife, Aline Sykes-Wright, also  grew up in Walmer. The RM connections do not end there because Aline’s father, Col. Cecil Sykes-Wright, served in the Corps between 1898 and 1935, and then returned to service in Naval Intelligence in WW2.

We must now return briefly to Jill’s father, who was involved in the raid on Dieppe in August 1942. The Colonel was wounded not long after a RM Beach Party had come ashore and, sadly, died the next day in England: Jill was just four months old at the time.

Finally, in contrast to Nos.1 and 2, Nos.3-4 Royal Buildings were to remain part of East Barracks until the “Transfer of Land at Royal Marines School of Music Deal in the County of Kent” to a property developer, United Real Estate Plc, on 8 May 1997. This combined property was formerly known as Zeebrugge House but was renamed Napier House by one of the early civilian owners.

Trail Directions: Leave the car park and walk down to Cheriton Road. Stay on this side of the road and look to your left across the road at the Cedars Surgery. 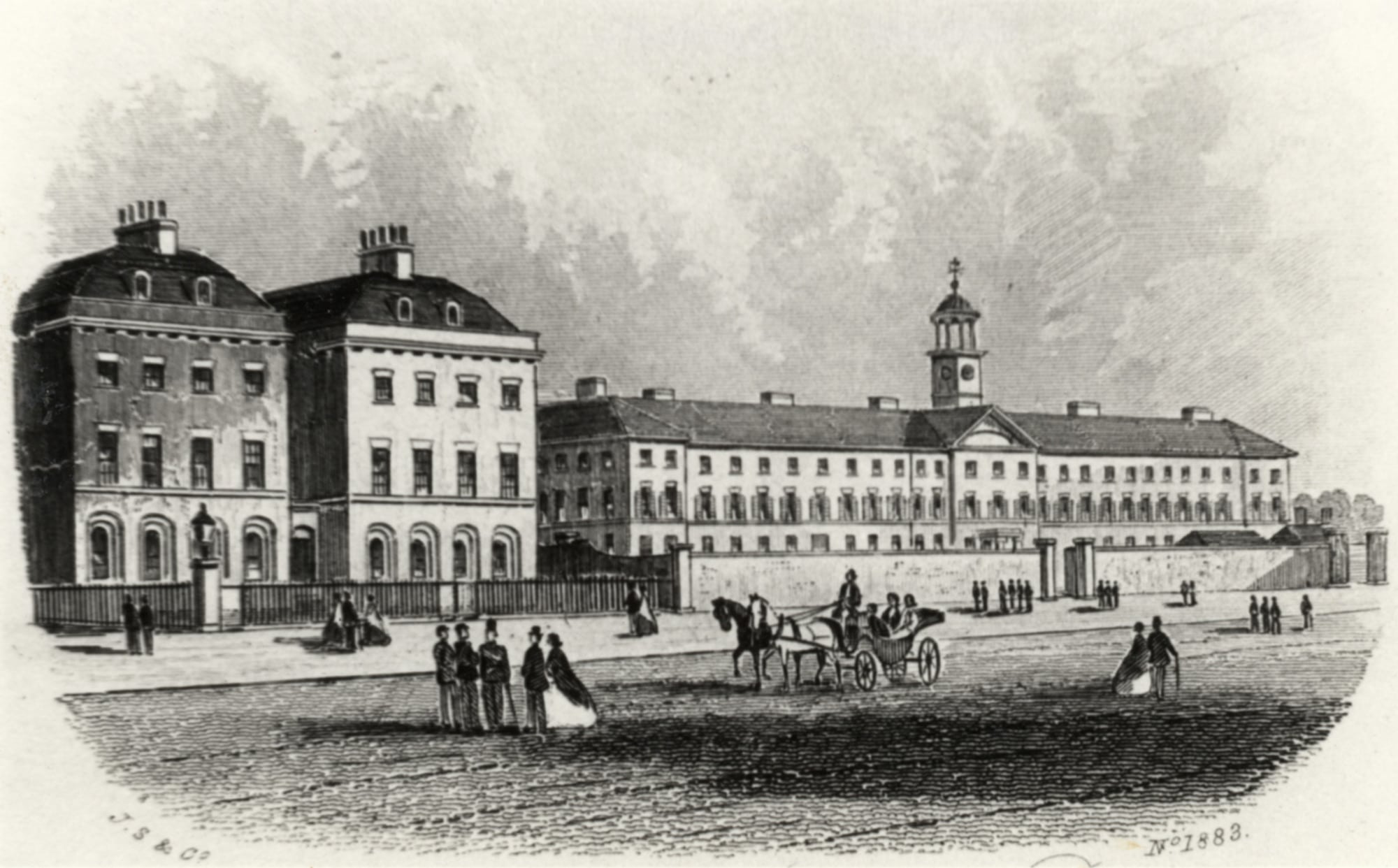 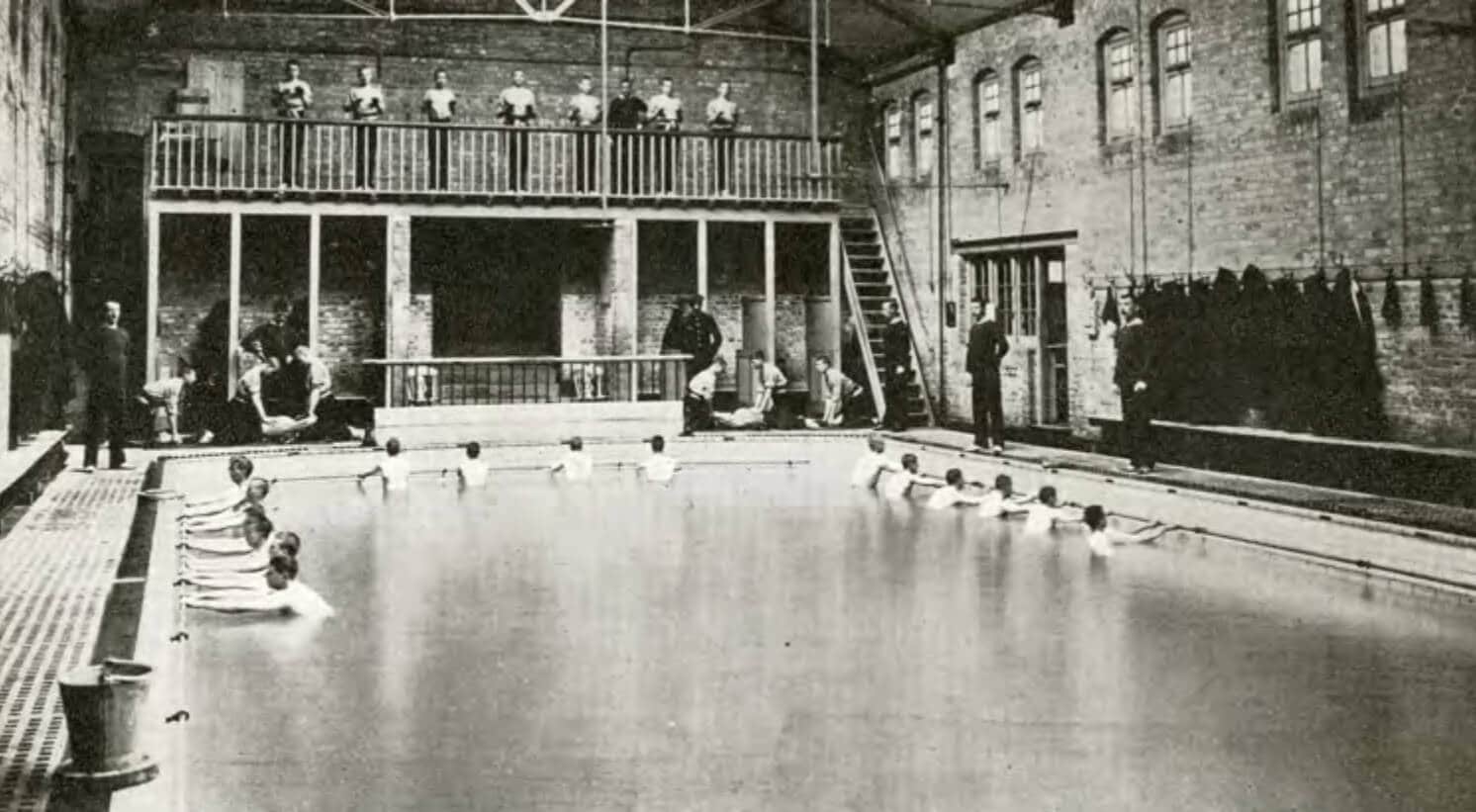