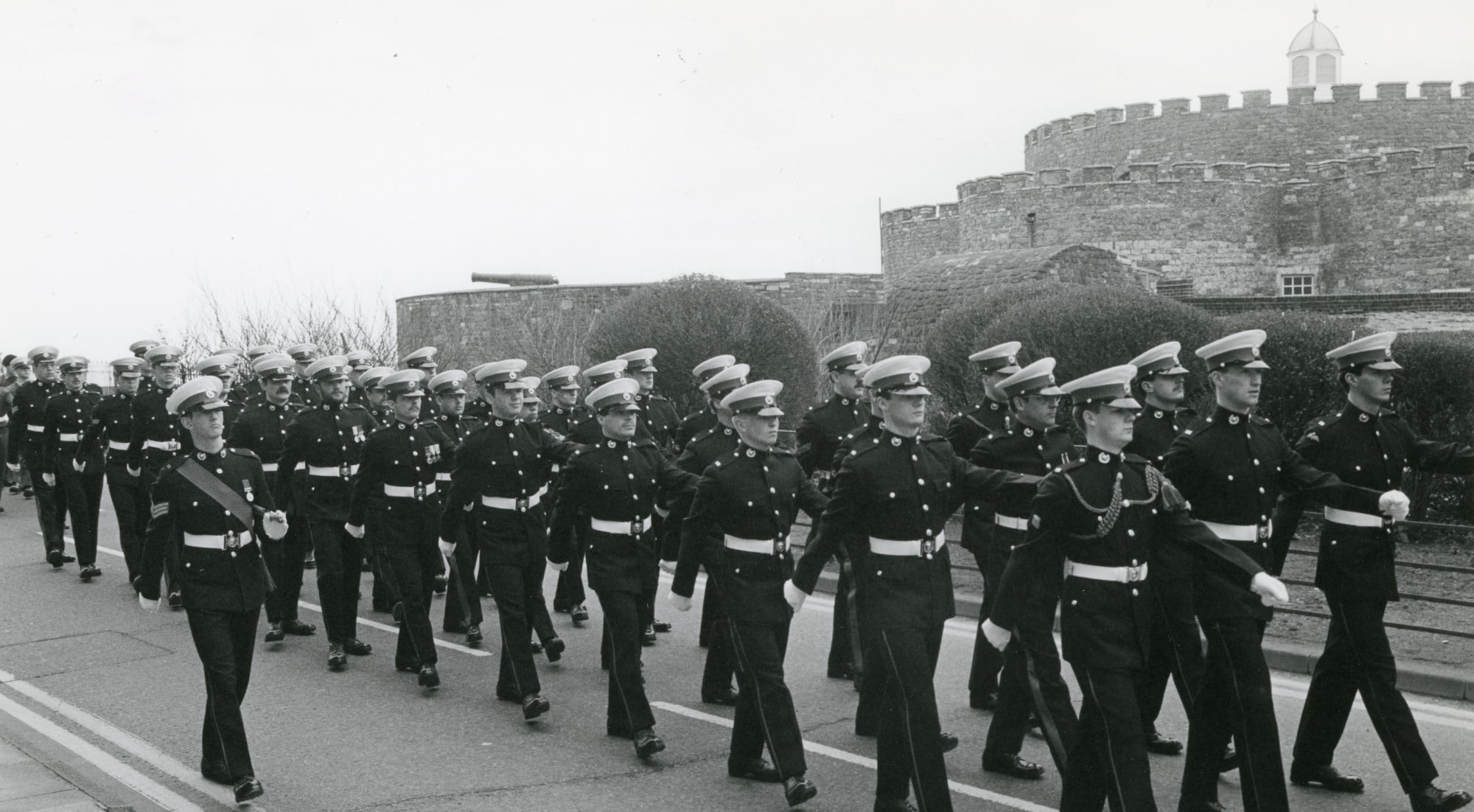 Our trail starts at Deal Castle. On 28th October 1664, the Admiral’s Regiment (Duke of York and Albany’s Maritime Regiment of Foot), later to become the Royal Marines, was formed.

It was just four months later in February 1665 that Captain Silius Titus, who had been appointed to the office of Captain of Deal Castle in 1661, was given the task of making the area ready to resist the Dutch, should they attempt to land in East Kent during the 2nd Dutch War (1664–1667). He brought the Yellow or ‘Marching’ Company of the Regiment to Deal and it is from here that the Royal Marines heritage can be traced.

If time permits, it is worth a visit to Deal Castle which is free for English Heritage members. 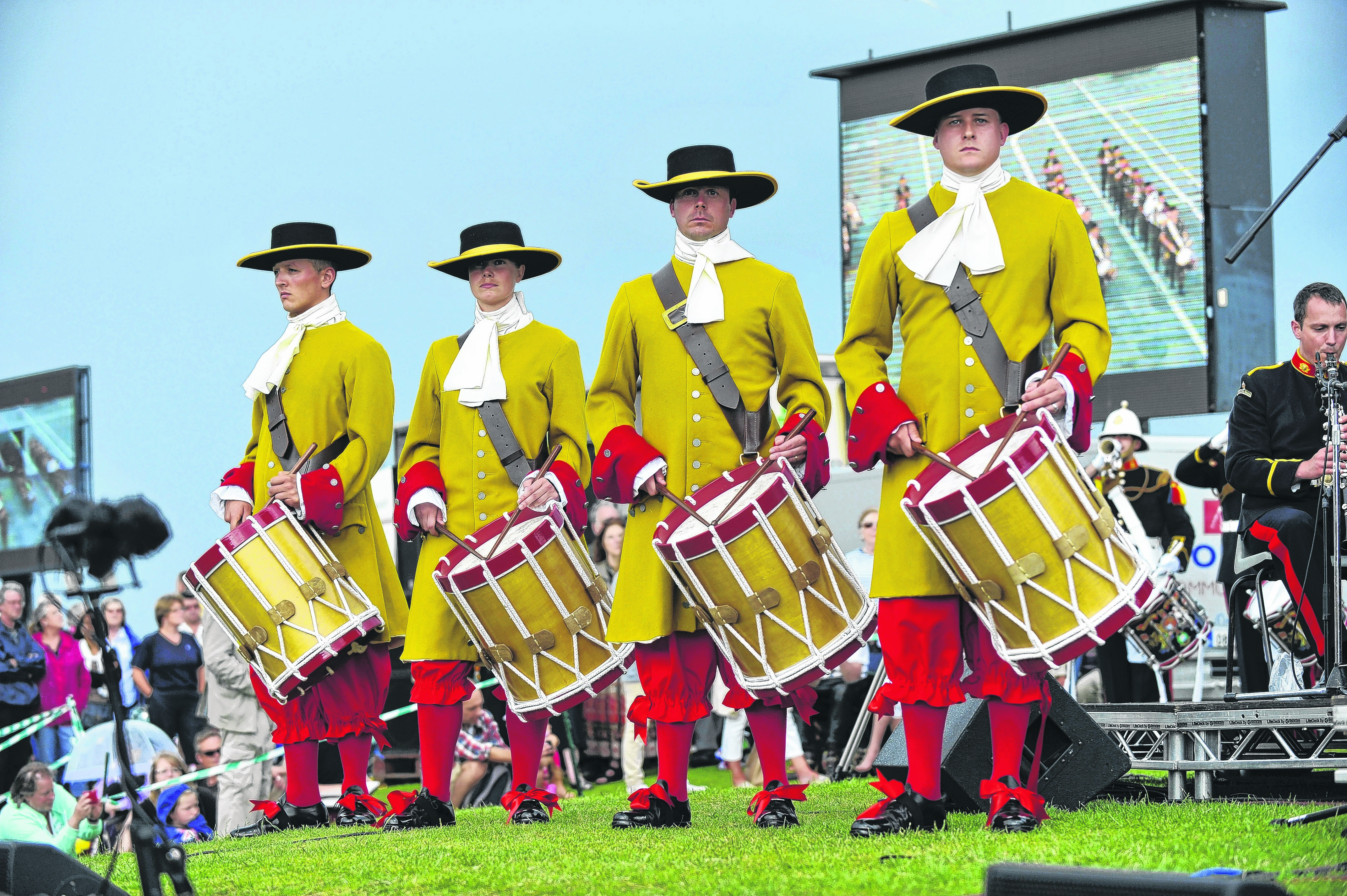 A re-enactment of the Yellow Company at the Royal Marines Memorial Concert, 2014 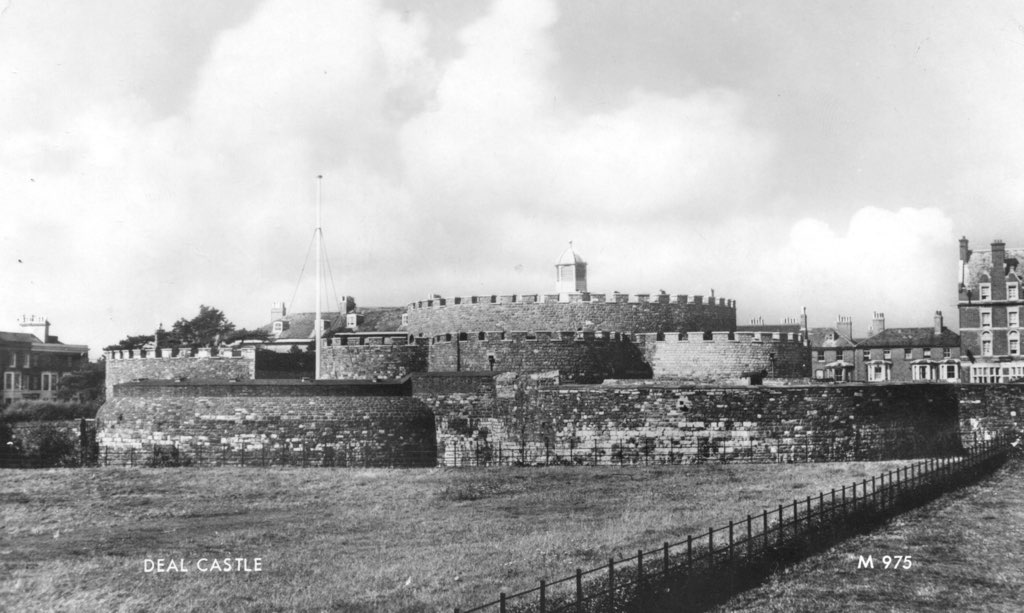 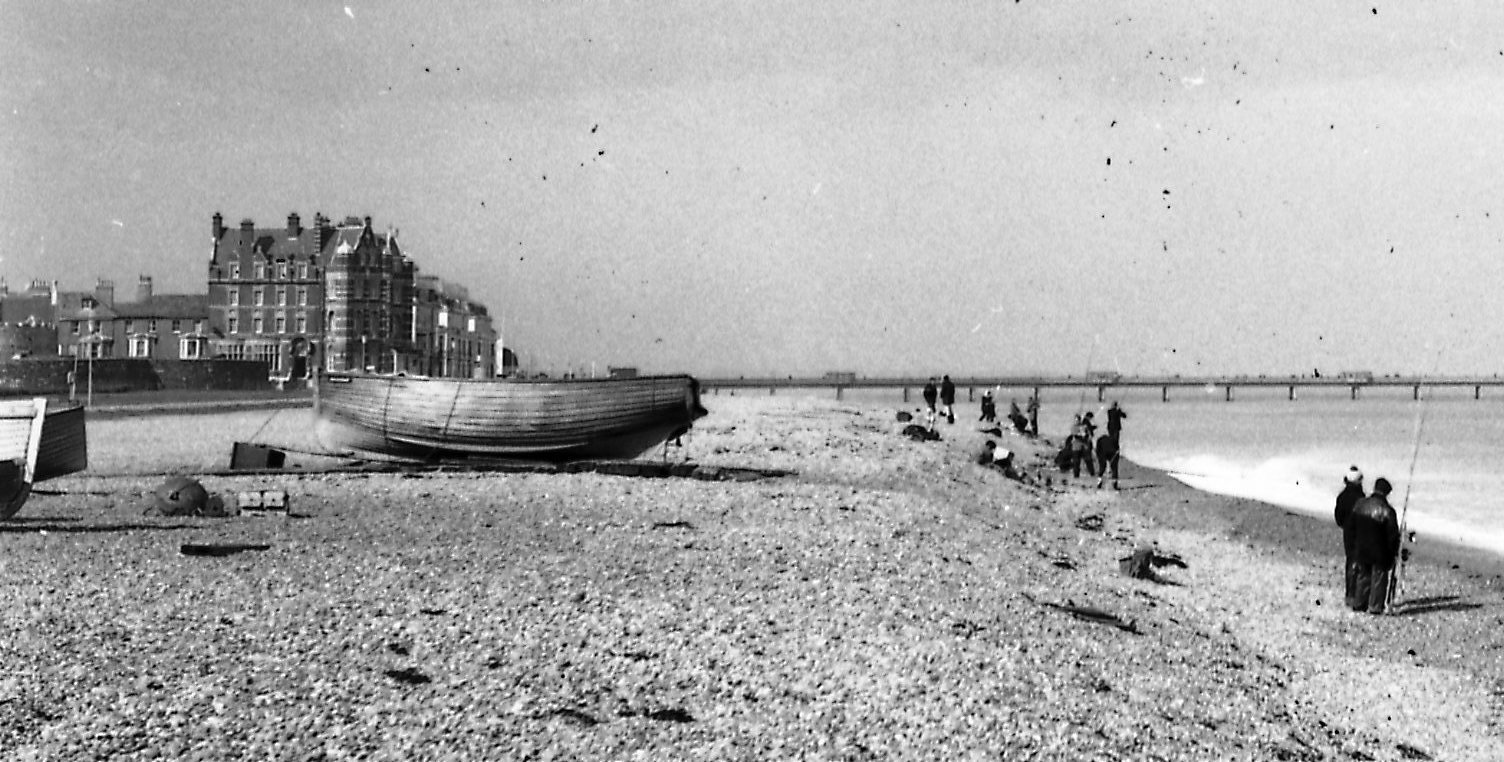 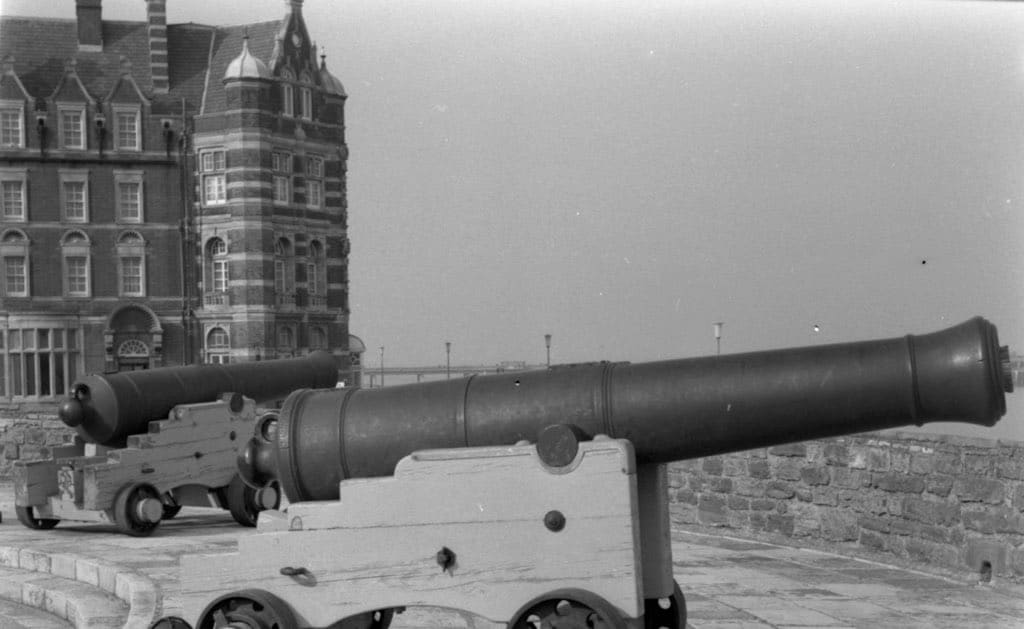 Trail Directions: From Deal Castle, cross the road and continue left towards Walmer to the iron gates of East Barracks, in front of the clock tower. 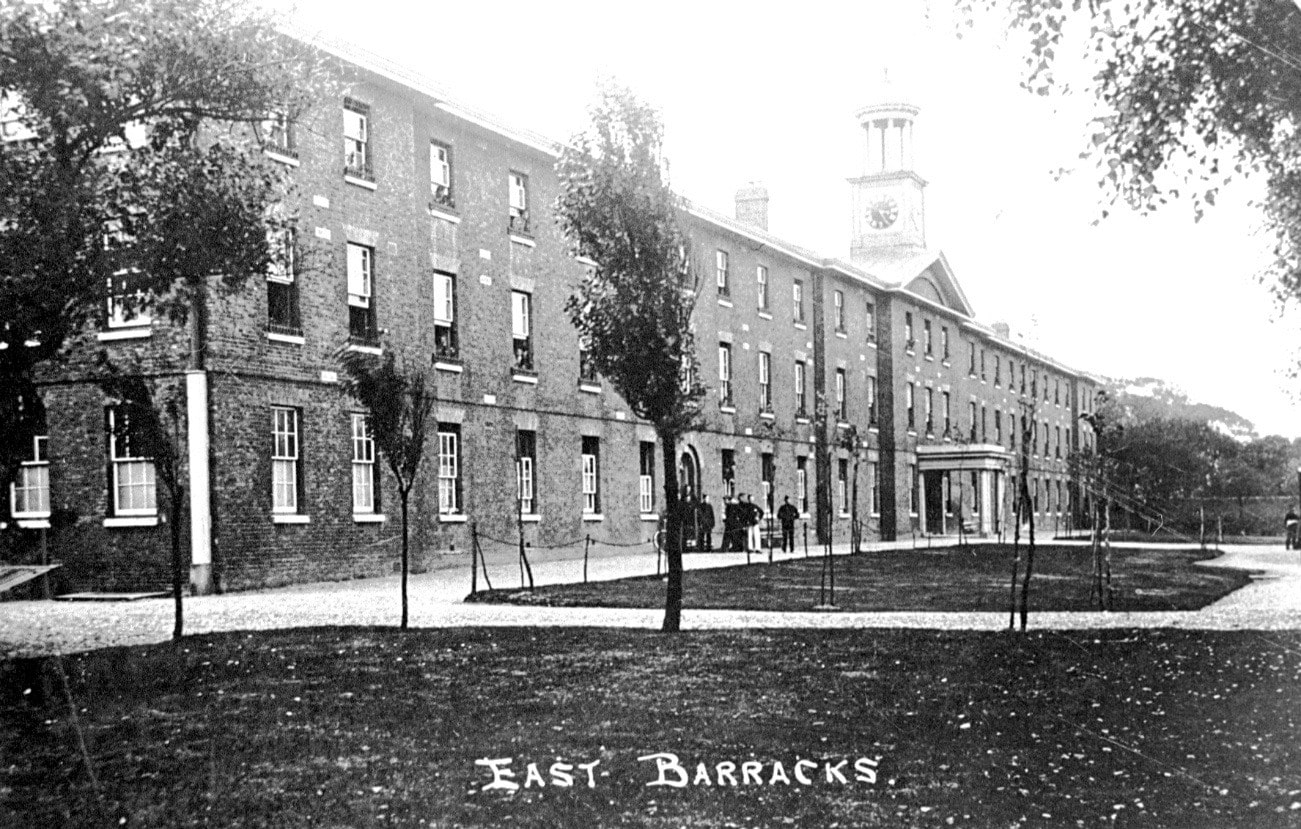